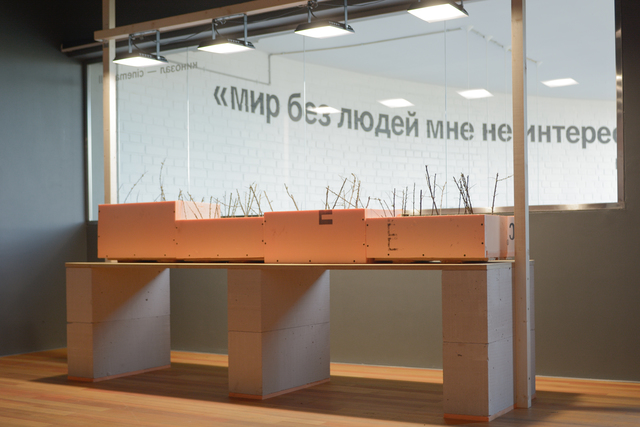 The Flaming Archipelago is a scattering of unstable, immature ecosystems that arise in the temporarily empty zones of urban and industrial capitalism. That is how the artificial territory appeared on the island of Kotlin, washed up during the construction of the dam (on which the artist lives). The new land began to be inhabited by migrating species of plants, among which was sea buckthorn, once inhabited the shores of the disappeared Tethys Ocean.

Seedlings of wild Kotlin sea buckthorn arrived at the Sidur Museum in Moscow to become envoys of the Flaming Archipelago. Local residents were invited to take seedlings and plant them in suitable spaces - wastelands, along highways, under their own windows. The experience of a joint history with wild buckthorn seedlings is designed to give people a new fragile sense of the city in terms of plant communities, soil, light and a new experience of living together with instable plant communities.