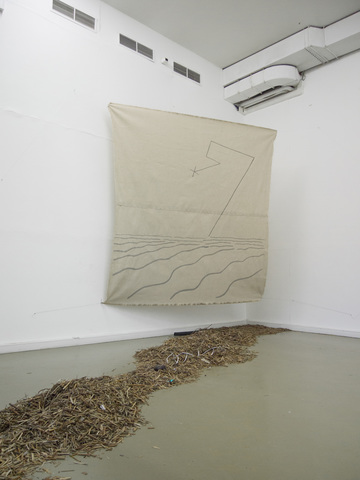 “Reef” installation imitates the space-experience, in which waves of the intelligent matter, curving in turbulence, are lighting up sparkles of consciousness. Consciousnesses are living, until watching in each other, reflecting each other, implicating each other in common weakness.

The dead seal mimics the stone, empty shell protects the hand, which is mimicking the root. The human eye became a touch sensitive organ and thereby became able to face the gaze of the wasp.