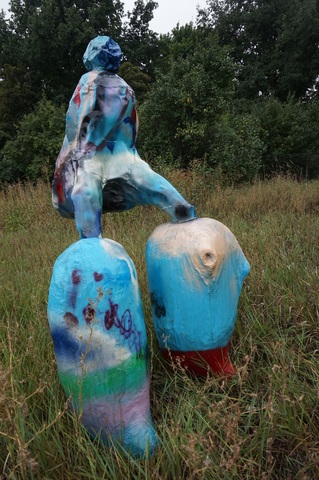 The series Crème Brulee consists of sculptures as if tailored, like a puppet, after sewing patterns – although from the brute metal instead of some soft and gentle material. A set of characters is grouped around the leader – a fountain made in the form of a giant ice cream, which like the other figures reveals certain human features. The figures, each representing a strongly marked emotion, look frozen like an army of candy soldiers.