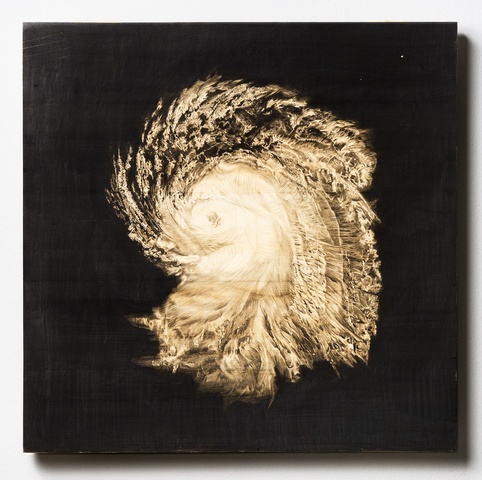 Ike is named after the hurricane that hit the American continent in 2008 and constitutes part of the Plusnin’s Hurricane series. The artist encompasses the dramatic and traumatic episode from a considerable distance thus turning its image almost into a miniature. The artwork of such a format remind of a small screen of a smartphone or of some other screen, the carrier of any information that circulates in the human society. In such a way the format signifies the greater density of information, a kind of compression without loss of quality. As most of Plusnin’s artworks, this one, as art historian Sergey Popov claims, possesses super-density and the super-conductivity of meaning, associations, and ideas.