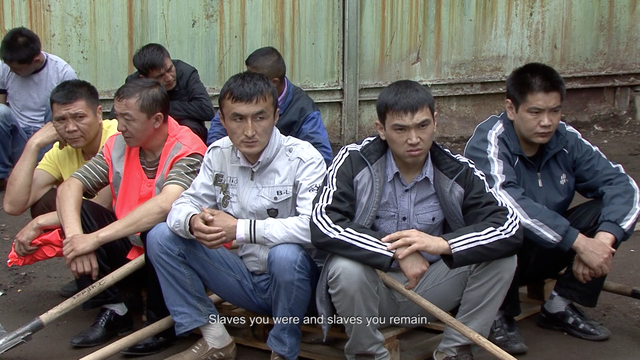 In his film I Am Spartacus Haim Sokol reconstructs a scene from Stanley Kubrick’s Spartacus (1960). From Ancient Rome, action moves to today’s Moscow where the roles are played by labor migrants from Kyrghyzstan. In this scene, defeat is transformed into a moment of complete triumph. Defeated, anonymous slaves gain names. Each of them becomes Spartacus, and hence each can lead a future uprising.