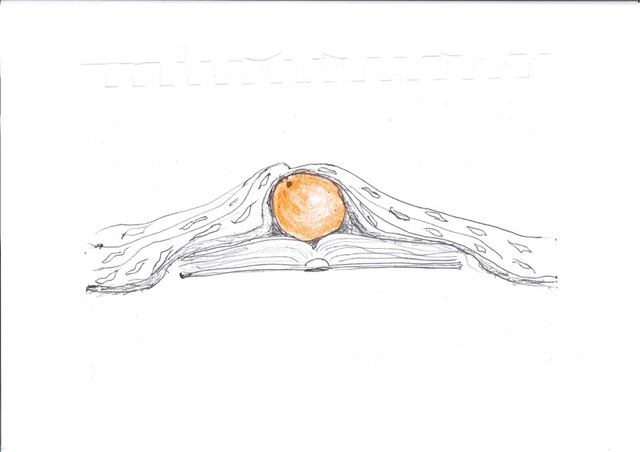 The Translation performance commissioned by the Nordwind festival and realized at the Kampnagel theatre in December 2015 is a product of Olga Jitlina’s collaboration with opera singer Yulia Averina, a piano player Ekaterina Kaucsh and Lampedusa of the Hamburg group, a political organization of refugees.

The plot of the performance represents an imagined collective interview of the group with a German official, on the subject of their official status in Germany. Normally, it is on the basis of such individual interviews that decisions of weather to grant or deny refugee status are made. The criteria for the decision include a true description of the circumstances and reasons why protection in Europe is sought. Translators are provided for applicants who cannot speak the host country’s language.

However, it is frequently the case that accounts of events that the applicant is asked to repeat multiple times during the course of the application, although originally consistent, are translated differently, giving the impression that the applicant is giving inconsistent and misleading accounts, and as a consequence of this, the application may be rejected. Thus, the question of translation becomes sometimes literally the question of life or death. In addition, in practice, the question of whether descriptions of extreme experiences and conditions that a person has experienced are always translatable, remains open.

Trying to imagine how an individual and a collective story of migration, political subjectivation and struggle could be told Olga decided to base it on Andrey Platonov’s novel called Dzann or Soul which narrates about a nation consisting of outcasts of different ethnic groups dying from poverty somewhere in a desert in Turkistan. The protagonist, Nazar Chagataev, son of a Turkman woman and a Russian soldier belongs to this nation. When he was a child his mother, trying to avoid seeing him die of hunger, sends him away. He ends up studying in Moscow and then coming back with a mission of rescuing his nation. Together they depart on an almost a biblical journey in the deserts trying to survive and achieve a collective happiness, the essence of socialism for Chagataev. But even after those members of this community who manage to survive, build a collective farm, achieving happiness is still problematic. Besides Platonov’s novel some pieces by Russian poets with Jewish roots Joseph Brodsky and Osip Mandelstam were used.

Five different languages were used in the performance. Trying to construct one narrative out of many languages the artists aimed for a utopian goal of reaching to a universal language which might have existed before the fall of the Tower of Babel or to the mystical effect of glossolalia when driven by the same goal we would suddenly start to understand foreign languages of each other. The translator who mediates the communication between the group of refugees and the German official is an opera singer. She ‘translates’ their story to the language of European opera tradition performing areas by Handel, Mozart, Wagner and songs by Schubert.