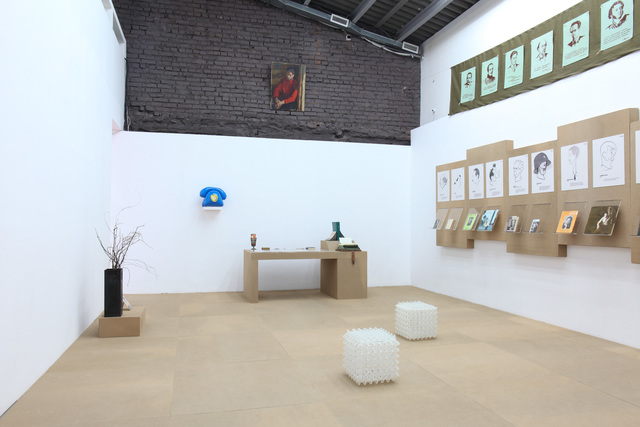 “Sovpis” is a continuation of a series of Ian Ginsburg's projects dedicated to Joseph Ginsburg, a writer and nonconformist artist. Appealing to Joseph’s biography and art, Ian makes a new focus on various aspects of Soviet and post-Soviet culture. As starting point for the exhibition “Sovpis” Ian took the following episode: in 1974 Joseph sent copies of his compilation of aphorisms to addresses of Soviet writers he found in the directory. After a while he phoned all of his addressees to gather and publish their opinions, which were puzzled, sympathetic, frightened, moralistic, enthusiastic, and mocking.

The exhibition feature a “collaborative” album presenting texts of Joseph Ginsburg and cartoons by Joseph Igin (Ginsburg), compiled by Ian Ginsburg, as well as a file cabinet with opinions of 62 people about the work of Joseph Ginsburg. Among the authors of the reviews are Agniya Barto, Evgeny Evtushenko, Arkady Strugatsky, and others. In a separate there is a exposition of the 16th page of “Literaturnaya Gazeta” (Literary Newspaper) with collages by Vagrich Bakhchanyan and aphorisms by Joseph Ginsburg, as well as a portrait of the fictional writer Evgeny Sazonov.