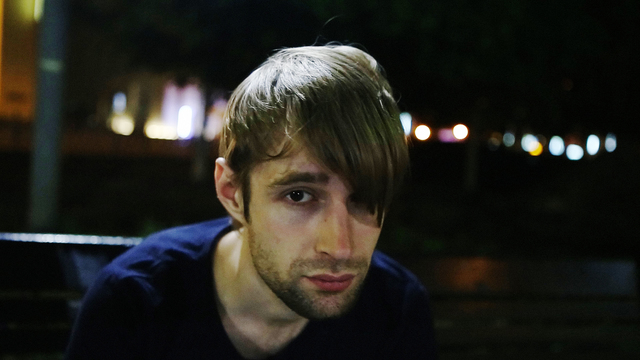 Evgeny Granilshchikov (°1985) is a Russian artist, photographer and film director. He grew up in Moscow, where he finishes his studies at the Lyceum for Animation-Cinematography, the Institute for Journalism and Literature and the Rodchenko School for Photography and Multimedia. He has been making video installations and experimental short films since 2011, in which social topics – to be precise the personal development of young persons – are implicitly linked to the political abuses and historical errors, which have determined daily life down to the present day, leading to frustrations. To achieve this he uses a sophisticated visual language, which is telling of a great knowledge of film tradition. He also pairs diverse formats freely, for example, using smartphone recordings of everyday situations alongside re-enactments of such moments with a professional film crew.

With consciously staged geographic blurring and relocations he creates a timeless and generally recognisable picture of the social landscape in today's Russia. In 2013 he is awarded the Kandinsky prize for his film Position, and in 2014 he gets international recognition for his film To Follow her Advice and his Anti-Movie trilogy. He follows and films young people, without a scenario and without making use of actors, in search of their inner, hidden battle of life, which shows itself in their daily life on the streets. Without making any moralising conclusions, he shows how many of his contemporaries are caught between the collective memory on the one hand – the spectre of oppression, repression and political dependence – and their impossible urge to achieve complete personal and social liberty on the other hand. The ominous directness, with which Granilshchikov brings his characters to life, is both touching and highly dramatic at the same time.